The Wally Karp memorial is situated at the front of the police department--it is a statue of a kneeling officer mourning the loss of his partner.

On December 6, 1972, Officer Karp was one of two officers patrolling the streets of Tustin. At about 2:15 a.m, a woman called Tustin Police and reported that a man with a rifle was pounding on her door. As the dispatcher interviewed the caller, gunshots were heard in the background. Although the address was just outside the City limits, both Tustin officers were sent to investigate due to the seriousness of the call.

Officer Karp and his backup officer arrived at about the same time as deputies from the Orange County Sheriff’s Department were arriving. As the officers and deputies began to search for the suspect, Officer Karp told his back up that he felt the situation might be an ambush and to use caution. His street cop instincts kicked in, giving his partners precious additional seconds to seek cover and concealment while Officer Karp himself continued to be exposed to the greatest level of danger.

A few moments later, the other officers heard Officer Karp shouting at someone to drop his gun, surrender, and come out with his hands up. At the same time, Officer Karp was notifying the other officers of the location and movement of the suspect. The suspect crawled under a parked car and was aiming a rifle at responding officers. Officer Karp had taken cover by lying prone in the street, using the curb line as the only available cover.

Instead of giving up, the gunman opened fire on Officer Karp with a 30-06 hunting rifle with armor piercing shells. The suspect fired several rounds, one of which struck Officer Karp in his arm and traveled down into his torso. Another round struck Deputy Tim Stewart in the face.

Although outgunned and gravely wounded, Officer Karp returned fire and struck the suspect, limiting his ability to continue with the assault. Additional deputies arrived and were able to take the suspect into custody.

Although badly wounded, Deputy Stewart heroically began to treat Officer Karp. Officer Karp was transported to the hospital where he underwent emergency surgery.

On January 7, 2015, a ceremony was held to honor the passing of Officer Karp. In what was a long overdue act, Officer Karp was posthumously presented with the Tustin Police Department Medal of Valor.

Behind The Badge Articles: 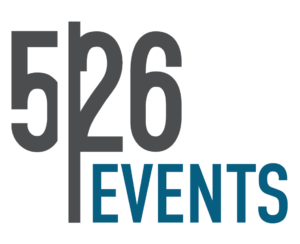